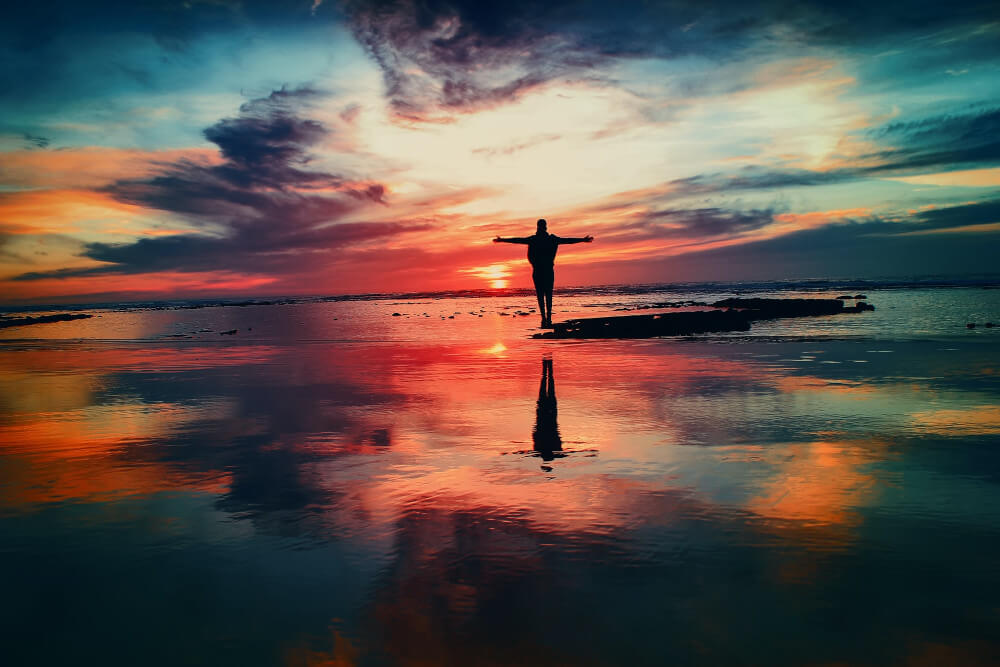 Whether we like it or not, competition and survival of the fittest are deeply ingrained in our human psyche and our automatic behavior.

The desire to win serves as the foundation for competition, and in evolutionary terms, winning has always meant to live, and the way things have been presented to us for a very long time has been that in order for one to win, and thus to live, another must lose or perish.

We shouldn’t label this as bad or wrong because it arises from a mentality of fear and scarcity, but we should acknowledge that it does. Because of our acute and amplified focus on obtaining what we require, fear and scarcity instill in our energy that allows us to prioritize our needs and be more responsive to our surrounding environment. When our lives are on the line, we become extremely tuned in or hyper-vigilant to cues in our environment, which is an excellent strategy for ensuring our survival in any situation.

However, because survival mentality is typically associated with achieving one’s own survival at the expense of another, it is easy to see how survival mentality is diametrically opposed to a deep sense of safety in one’s relationships with others and directly inhibits the development of trusting relationships. It has everything to do with using our individual strengths against one another and using one another’s weaknesses to our advantage.

It is interesting to note that humans have the unique ability to pose, whereas animals, in their instinctual wisdom, know who is the strongest or the alpha among them without thinking about it. Humans have evolved to the point where we can put on a show of physical fitness. We have the ability to act. We can put on a brave face and convince ourselves that we are fit and thus worthy of survival when, in reality, we are depressed, collapsed, lonely, and almost completely useless in terms of material resources.

The prospect of feeling unfit is still a terrifying proposition for our survival psyches to contemplate. If we are expelled because we are deemed unfit, this still presents itself to our minds as death, and we experience all of the terror that comes with the prospect of death.

The act of revealing one’s true self and exposing one’s vulnerability is thus the most revolutionary, transformation, and transcendent act that humans can undertake. “Transcendent” does not refer to a spiritually lofty state, but rather to the process of entering a new state of being, a new way of being and operating that is independent of our evolutionary predispositions and conditioning. Being vulnerable and willing to take the greatest, most courageous risk of being perceived and labeled as “unfit” in the traditional evolutionary sense, is to conduct the greatest experiment to determine whether or not there is still love and security available for us. This is a profound statement that defies description.

What makes us think we’d ever choose to be vulnerable in the first place, even if we knew the risks?

The conflict that we are presented with at this stage of human development boils down to the conflict between our driving desire for survival and the mental/emotional health consequences of what we’ve learned we must do in order to survive—that is, to live in facade—that we are presented with. Humans are progressing in their recognition of the importance of truthfulness. Truthfulness, in this context, is defined as the way we feel on the inside matching the way we show up in relationships, with others being aware of what is really going on in our heads.

Additionally, as humans evolve, they require authentic connection in order to feel whole and strong, as well as in order to thrive. We become more resilient and capable or fit as a result of being in genuine connection with one another. And the only way for true connection to be formed is for us to be honest about our own strengths as well as our own struggles with one another. This lack of connection is directly linked to our mental and emotional health crisis, which is a result of our not yet feeling safe enough to share our struggles, not yet certain that they will be accepted for our benefit rather than leveraged at our detriment, among other things.

It is this way of surviving, through elaborate strategies to pretend our struggles away and work around them, that is becoming so acutely painful and causing so many problems, and causing so much harm, that it is on the verge of being overthrown by its own nature.

This has profound societal implications because, if we are in the process of toppling our great strategy of hierarchy—pretending to be better than another and creating and leveraging vulnerabilities in others in order to avoid our own, which is the foundation of racism, sexism, and other forms of discrimination—things are going to change in a significant and unprecedented manner. And I firmly believe that we are progressing at a rapid pace toward a more vulnerable way of being that sacrifices our rank and position in exchange for a greater sense of connection, health, and sustainability.

It takes a tremendous amount of effort and energy to protect our hearts from the truth that lies within them being discovered. This used to be extremely worthwhile, but it has now reached the end of its usefulness.

From a social standpoint, the experiment of showing up vulnerably is far more interesting than it appears. However, from an evolutionary standpoint, it is transformational, transcendent of type, and truly an amazing, never-before-seen feat of engineering. It represents the proclamation of a new paradigm. It is a model of safety in connection with unity and collaboration.

The fact that leveraging one’s strength over another and exploiting another’s weakness for our benefit, which was a necessary and beneficial survival tactic for a very long time, is now widely considered cruel and a liability rather than an asset in our survival is another fascinating aspect of the relational dynamics of our time. And sharing the truth that is in our hearts is rising in the ranks of becoming an incredible, precious gem of an asset, which is truly amazing!

We are at a pivotal point in human history, one in which, in order to survive, we must completely redefine and re-chart the course of our survival. If we want to survive, we must either redefine what it means to be “the fittest or the strongest,” or we must throw out the whole paradigm altogether and simply love and support one another as we have done throughout history. We must overcome nature in order to embrace our own nature. It is necessary for us to defy the historical terms of survival if we are to survive. As a species, we are being called to a power that comes from an open heart and that feeds everyone.